The history of Sea Kayak Adventures is intertwined with personal passion for the wonders of our earth.  Compassionate, caring people who are active in conservation and hands-on management are in our DNA and leadership.

It all started in the winter of 1991/92 when Terry Prichard and Nancy Mertz met while working for Baja Expeditions as sea kayak guides for tours on the Sea of Cortez.  In the summer months Nancy had been working as a whitewater rafting guide for ROW Adventures in Idaho, while Terry guided for Outdoor Odysseys in the San Juan Islands of Washington State.  Just two years later, in 1993, they created Sea Kayak Adventures, with a focus on trips in Baja, Mexico.  About the same time, Nancy recruited Terry into the world of whitewater rafting and Terry guided for ROW Adventures for several years.  But Terry’s real passion was on the sea, and so, in 1996, the company expanded to Canada, with trips to paddle among the orcas in Johnstone Straits, off the north coast of Vancouver Island, British Columbia.  The world’s largest population of resident orcas live in these waters and kayaking among these highly social animals is truly one of the world’s most powerful wildlife watching experiences.

For the next two decades, Nancy and Terry worked tirelessly to build one of the best sea kayaking companies in the world, focused on guest satisfaction and nurturing the creation of more advocates for marine environment preservation.  In addition to trips in Baja and British Columbia, they offered a few kayak tours in Argentina to see Southern Right Whales around the Peninsula Valdes.

As time went on, Sea Kayak Adventures grew, as did the reputation for offering the highest quality sea kayaking trips available.  Along with this growth Terry and Nancy found themselves having less time to get out on the water and do what they enjoyed most.  Having been long time friends with Betsy Bowen and Peter Grubb, owners of ROW Adventures, they started a conversation about retirement and transition.  In the summer of 2012, Sea Kayak Adventures officially joined the ROW Adventures family of companies.

ROW Adventures had been conducting sea kayaking trips in the Galapagos Islands since 2005 and had pioneered land-based kayaking tours there, a story featured in the New York Times on January 8, 2006.  Adding more sea kayaking tours into the ROW repertoire made perfect sense.  Recognizing the fact that Sea Kayak Adventures had a large and loyal following, Betsy and Peter decided to grow the company by offering more destinations.  In the winter of 2012/13 they added more itineraries in Baja, including trips to Isla Espiritu Santos, opening a base of operations in La Paz, capital of Baja Sur.  Today, Sea Kayak Adventures offers the widest selection of kayaking tours in Baja with trips lasting from a day to two weeks!

Over the next six-seven years, we continued to add new trips as we discovered new places we knew our guests would love, as did we.  Peter has lived in France three times and is a proclaimed Francophile.  This led to the addition of two more tours in French-speaking countries. Partnering with a small operator in Quebec, we developed a new program in the Saguenay Fjord, offering both a camping and lodge-to-lodge kayaking tour to explore this fabled waterway.  Our love of France next led us to the island of Corsica and a week-long kayak and walking tour there.

Recognizing the many opportunities for kayaking in Europe, it wasn’t long before we designed more sea kayaking tours there.  First up was the Balkans, where ROW had extensive experience, having operated trips in Croatia since 1988.  We discovered marvelous wonders on our 3-Country Kayak Tour that paddles the waters of Croatia, Montenegro and Albania. Then we added Scotland, mixing daytime paddles with evening whisky tastings.

As travel to Cuba opened up under President Obama, Sea Kayak Adventures jumped in with both feet and in November of 2015, we operated the very first sea kayaking tours to Cuba for U.S. citizens!  The next year we pioneered new paddle routes on the northeast coast along the trail of Christopher Columbus.  These Caribbean sea kayaking adventures remain among our most popular trips.

We continue to innovate and expand, with new itineraries added every year, including our first African kayaking tour in Rwanda in 2020.  Up next for 2021?  A beautiful adventure along the coast of Turkey, a country where we’ve been offering cultural tours since 1984.

Our focus remains on creating meaningful, regenerative travel experiences for our guests.  We are thankful to all those who have traveled with us and look forward to meeting those of you who are still to come. 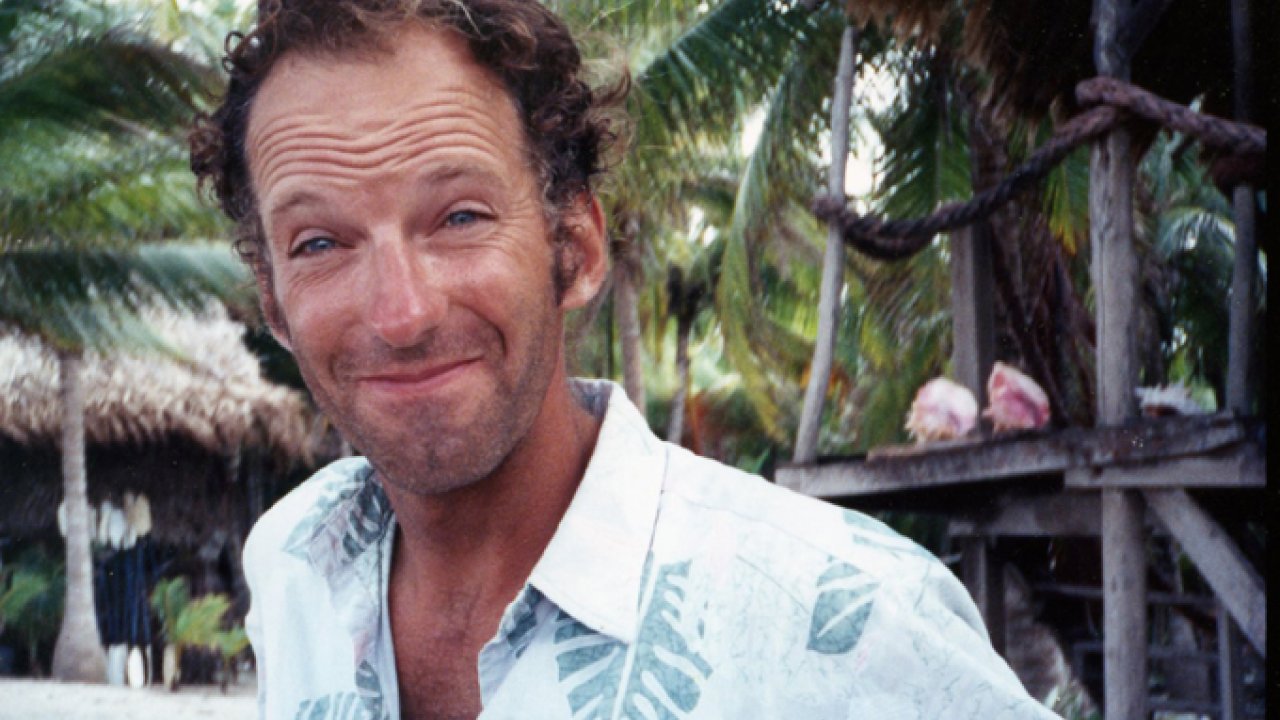 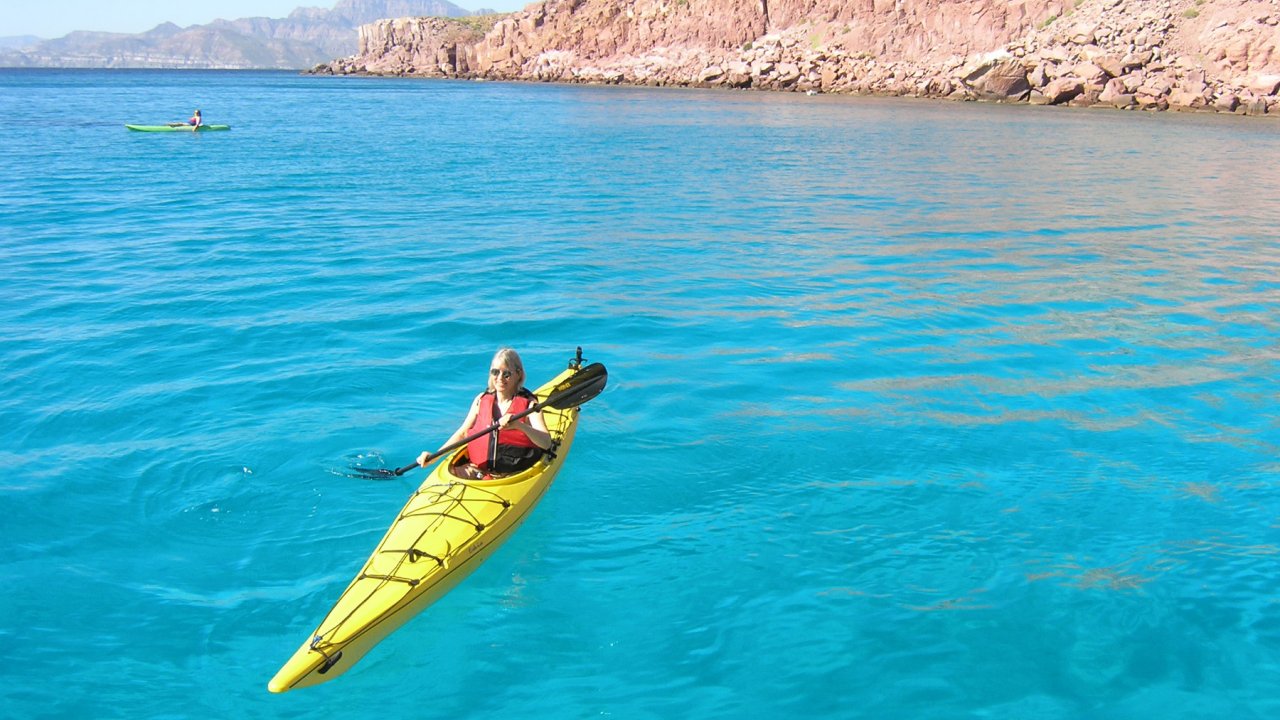 Nancy kayaking in the stunning Sea of Cortez near Loreto, Baja 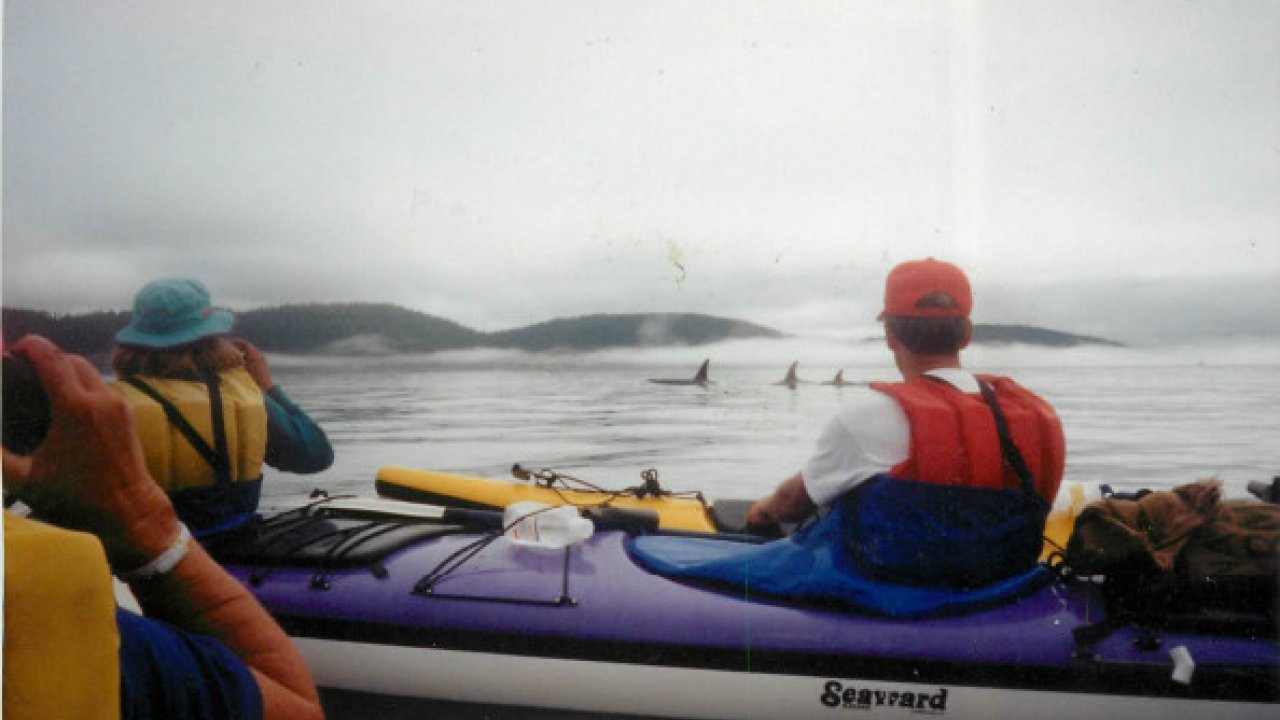 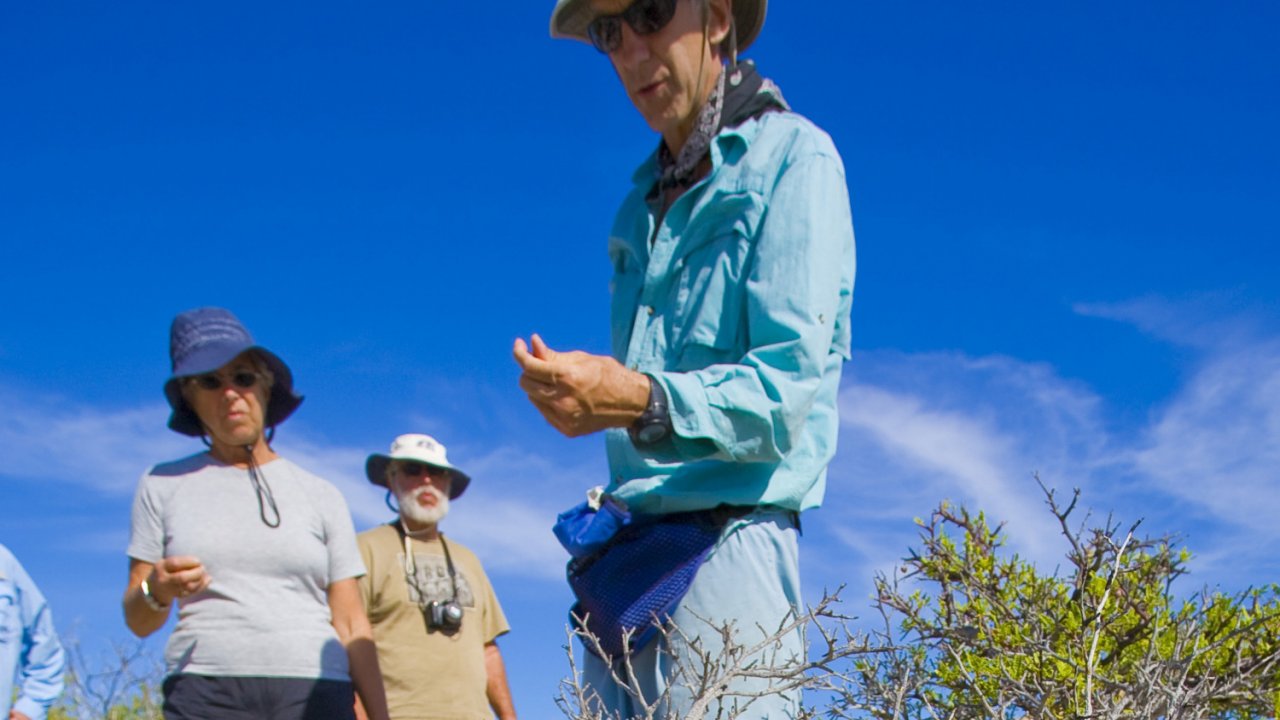 Terry guiding an interpretive hike while on tour in Baja 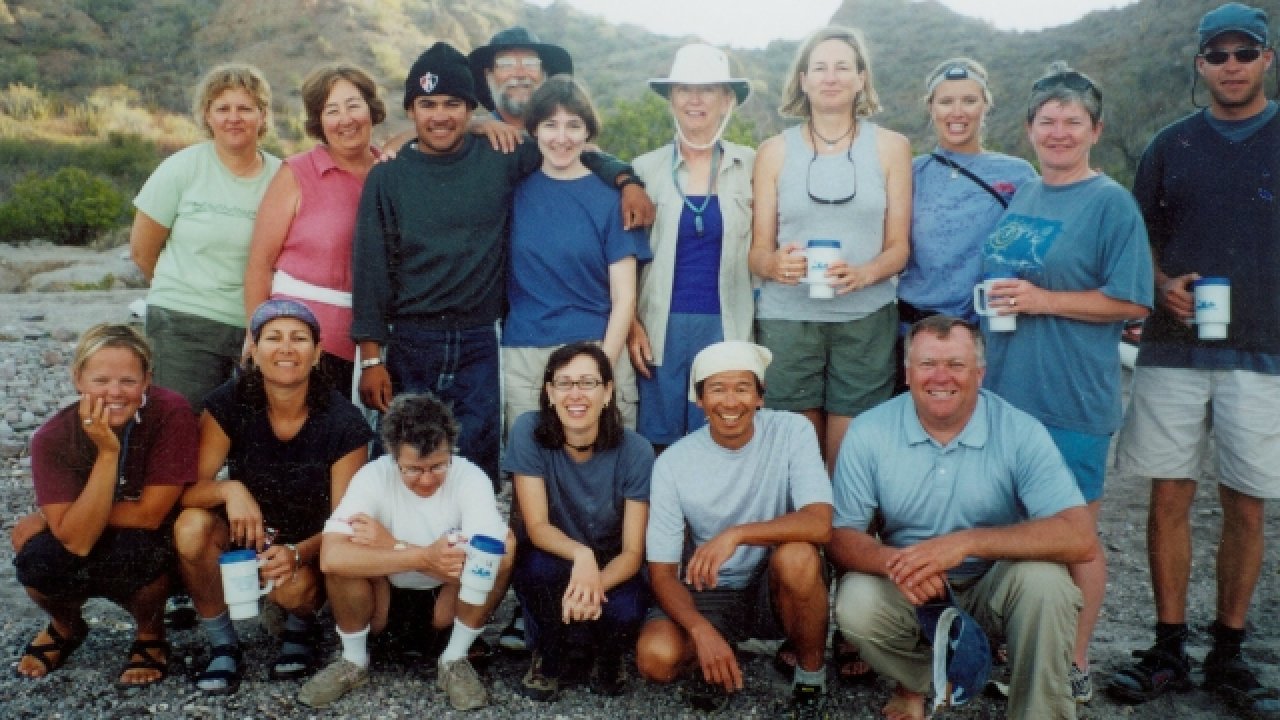 Current SKA guide Lino, with a kayak group in 2003 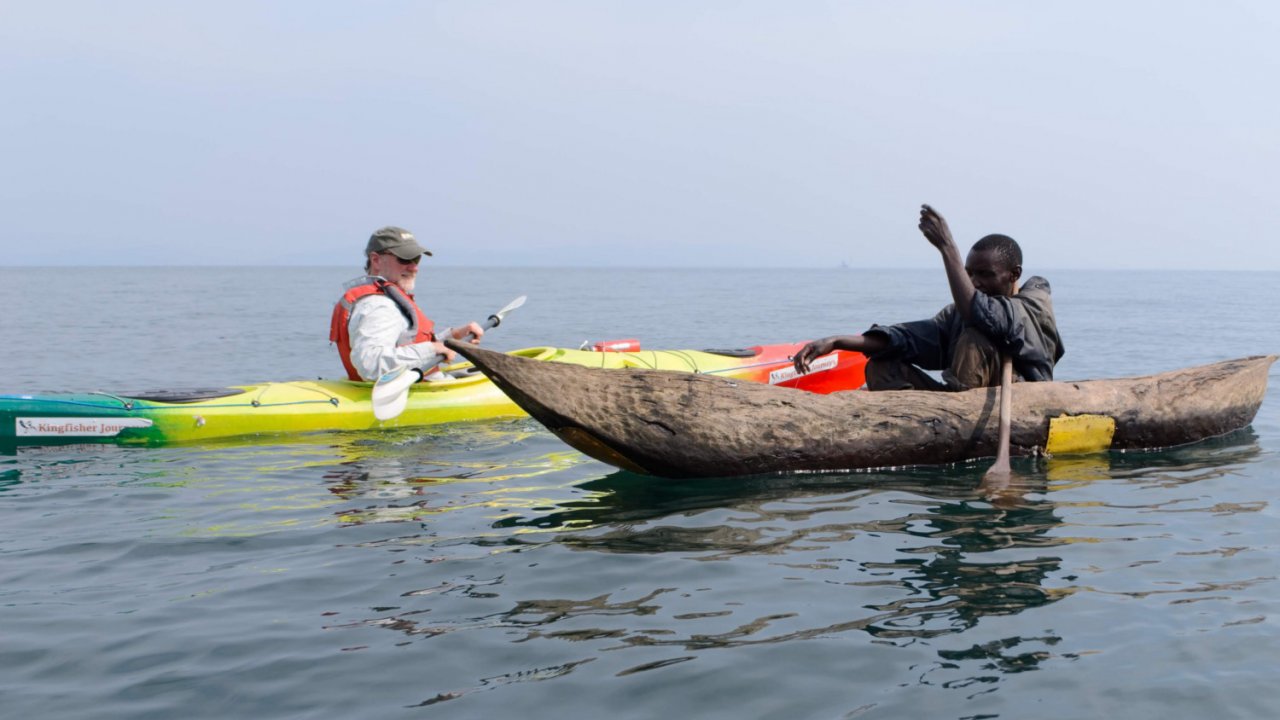 Peter on an exploratory paddling and primate viewing trip in Rwanda 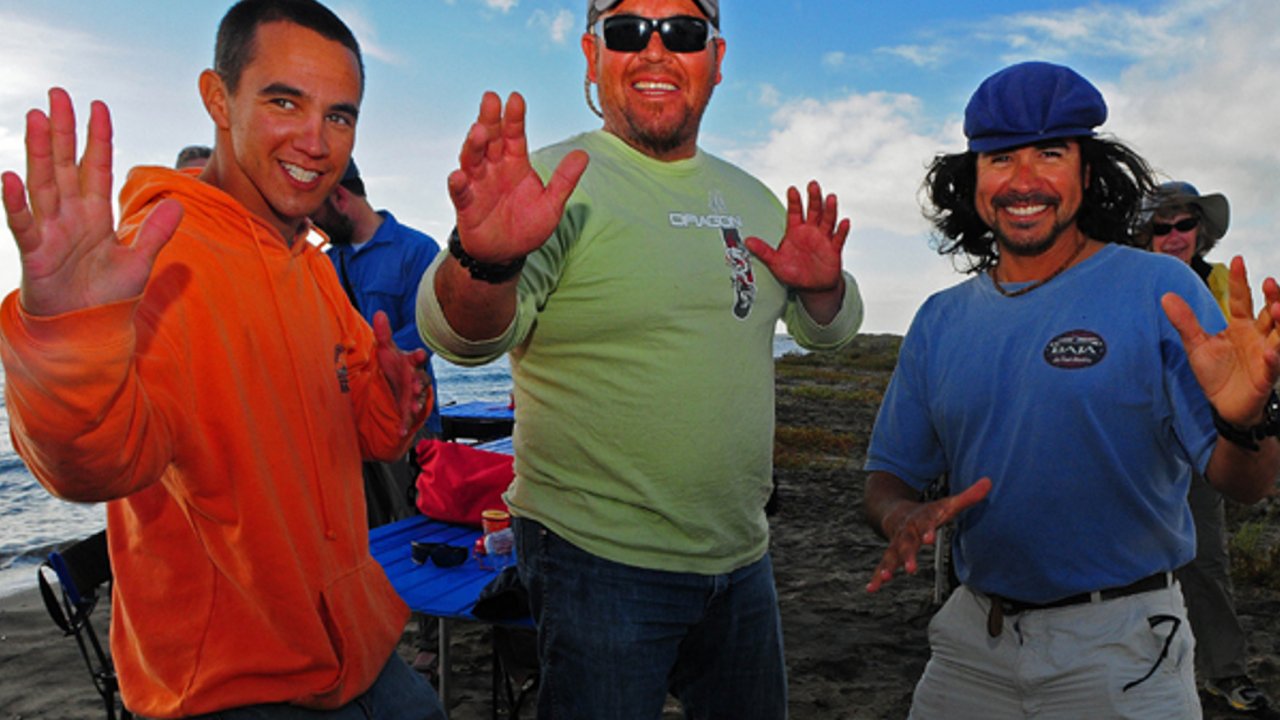