While spotting humpback whales and orcas is the main focus of many of our sea kayaking trips in British Columbia, the region also boasts an exceptional birdlife. Gently paddling through the water without the noise of a boat engine allows you to get up close to a variety of species in their natural habitat and observe them going about their daily business. “Twitching” by kayak offers a completely different perspective than you’ll get on a land-based tour while offering a non-intrusive means of observation. The number of bird species we encounter is too many to list but here are just a few of the highlights.

The whales may steal the show but the birds will not dissapoint! Come see for yourself on one of our British Columbia kayaking tours. 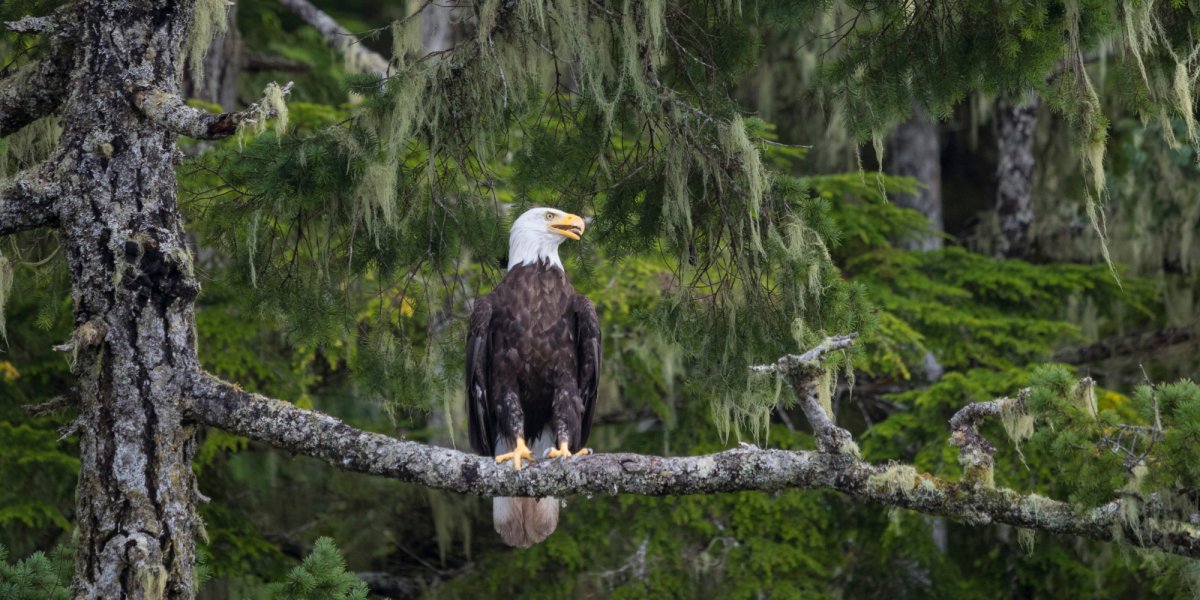 On almost every tour we encounter bald eagles, which are the proud national bird of the United States. But they’re also found in abundance in Canada, particularly along the waterways of British Columbia. Unlike the name suggests, the bald eagle actually features a snowy-feathered head and a white tail, with a large hooked beak and brown plumage. It’s believed that these iconic birds mate for life and tend to a pair of eggs each year. They frequent water bodies with healthy fish supplies that are framed by old-growth trees (their preferred nesting sites) and use their talons to hunt fish, scavenge carrion or even steal the kills of other animals. 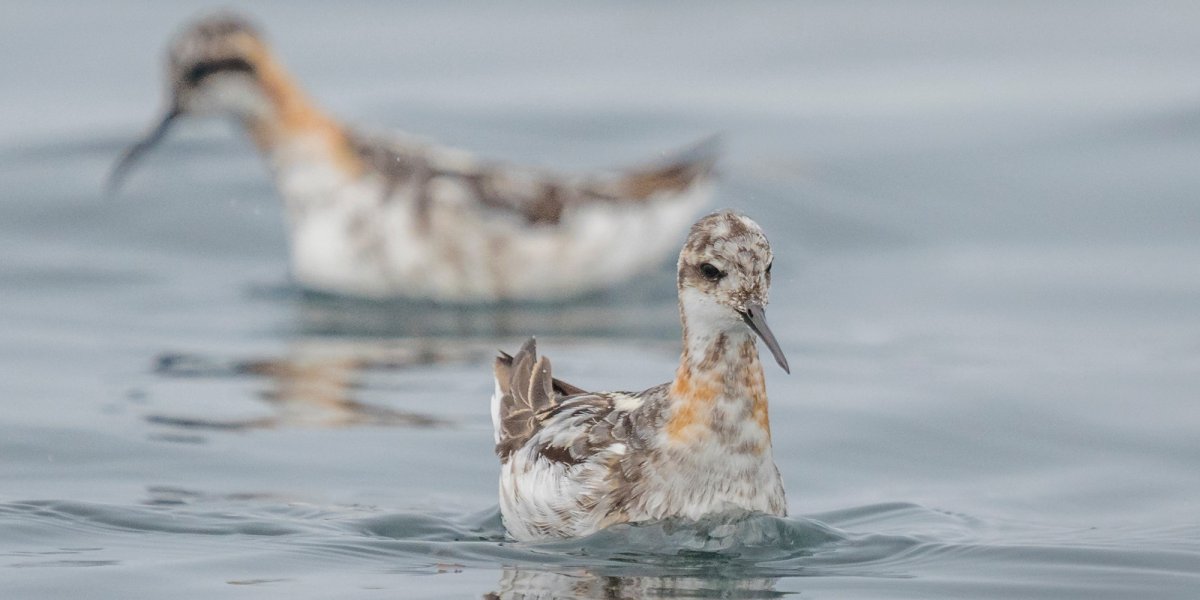 These small waders are migratory species that spend their winters in the inland salt lakes of the Andes before flying north to breed in the prairies of western Canada and the United States. With lobed toes and a straight black bill, they’re the largest of the phalaropes and named for the Scottish-American ornithologist, Alexander Wilson. They're known to perform a unique feeding behavior in which they swim in a small, rapid circle to create a whirlpool, presumably to raise food from the bottom of the water to the surface. Wilson’s phalaropes are also unique in that the females are the dominant sex, competing for nesting territory and actively pursuing males. 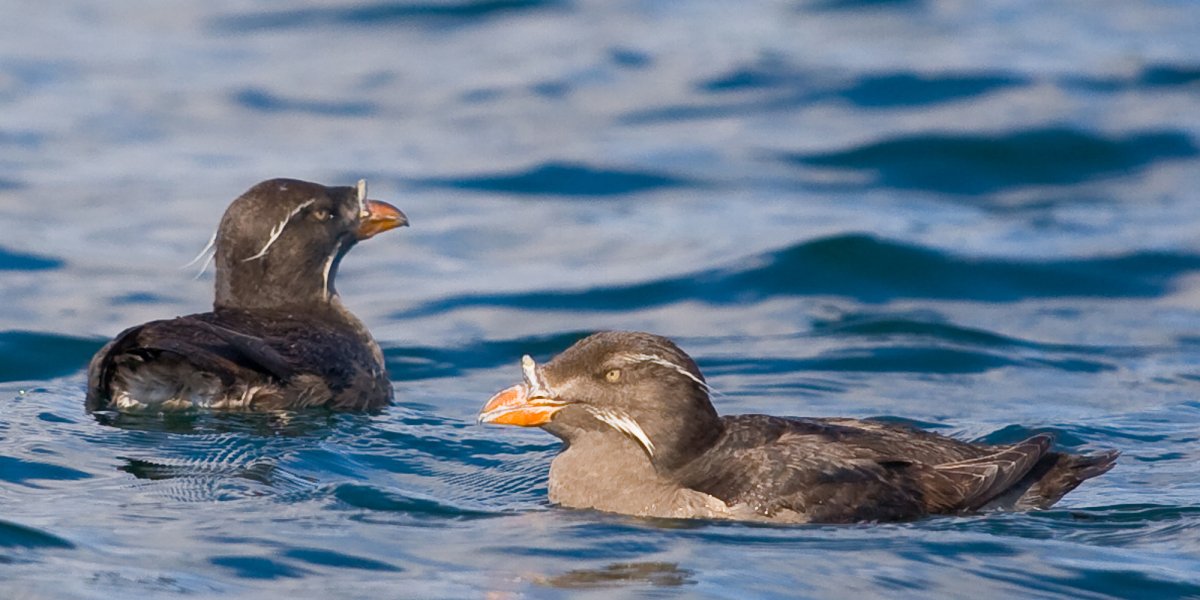 Closely related to the puffin, these charmingly named seabirds are distinguished by their orange-hued bill and dark plumage, with white plumes framing the eyes in breeding adults. They’re widely distributed across the North Pacific (from California to the Aleutian Islands, Japan, and the Korean Peninsula) and are known to dive as deep as 187 feet (for more than two minutes) to catch their prey! Despite their long-distance migratory activity during the non-breeding season, these auklets are monogamous and will return to their life partner when it’s time to mate. 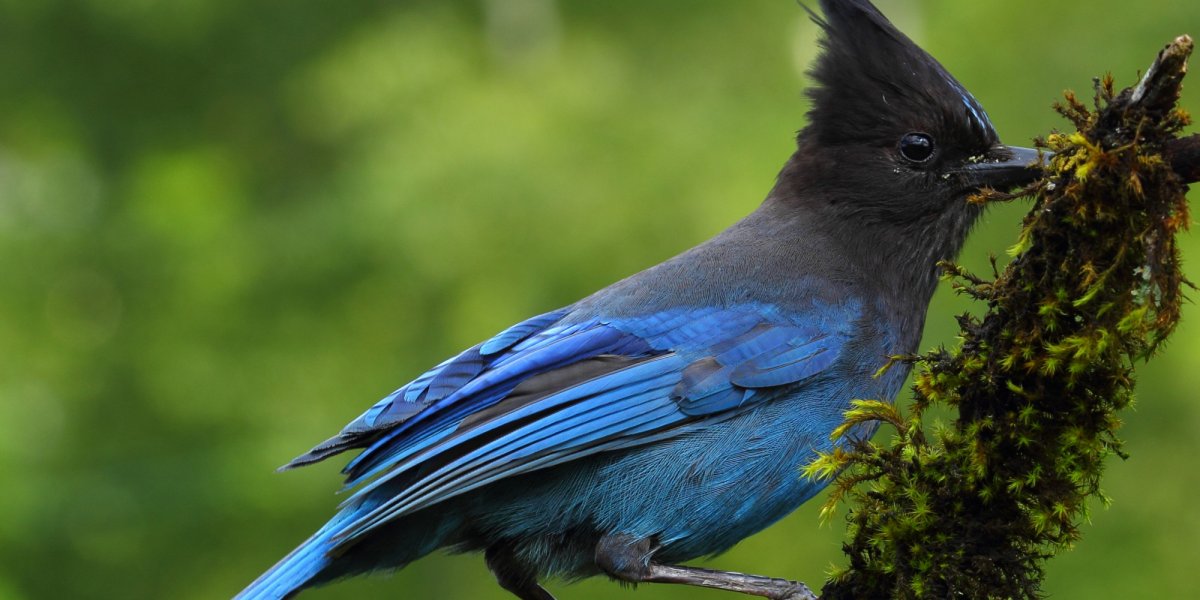 Native to the western part of North America, the Steller’s jay is a brilliantly colored blue bird with a black head and upper body. Despite its close relation to the blue jay, it has a more slender bill and longer legs, with Steller’s jays along the Pacific Coast having fainter (or sometimes no) white markings on their head. They prefer to live in coniferous forests where they feed on seeds, nuts, and berries, as well as small rodents, eggs, and invertebrates. They’re renowned for their vocalizations and also mimic those of other birds to scare them away from feeding areas. 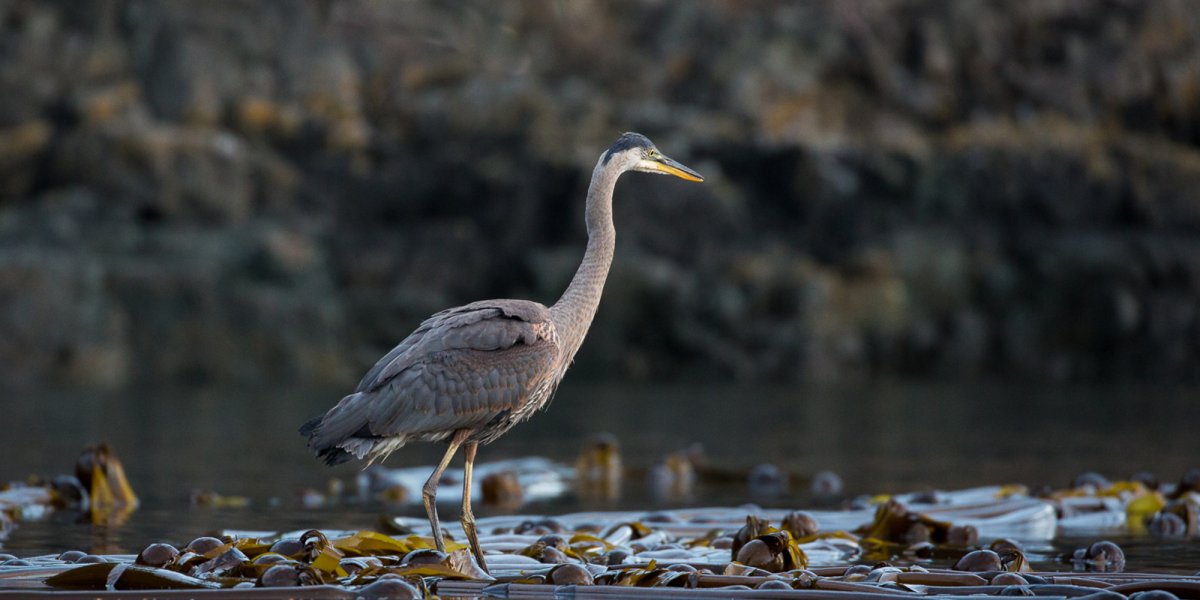 Prevalent along many of the waterways in which we paddle, the great blue heron is a large wader that’s found throughout North and Central America. It’s one of many species described by Carl Linnaeus in his influential 18th-century work “Systema Naturae” and is distinguished by its gray-blue feathers, red-brown thighs and black-and-white streaking down the front. They feed primarily on small fish (which they swallow whole) and forage while partially immersed in the water or drop in on their prey from the air. Great blue herons breed in colonies known as heronries that are usually on islands or high up in the trees of swamps, making them difficult to reach on foot but easily accessible by kayak. 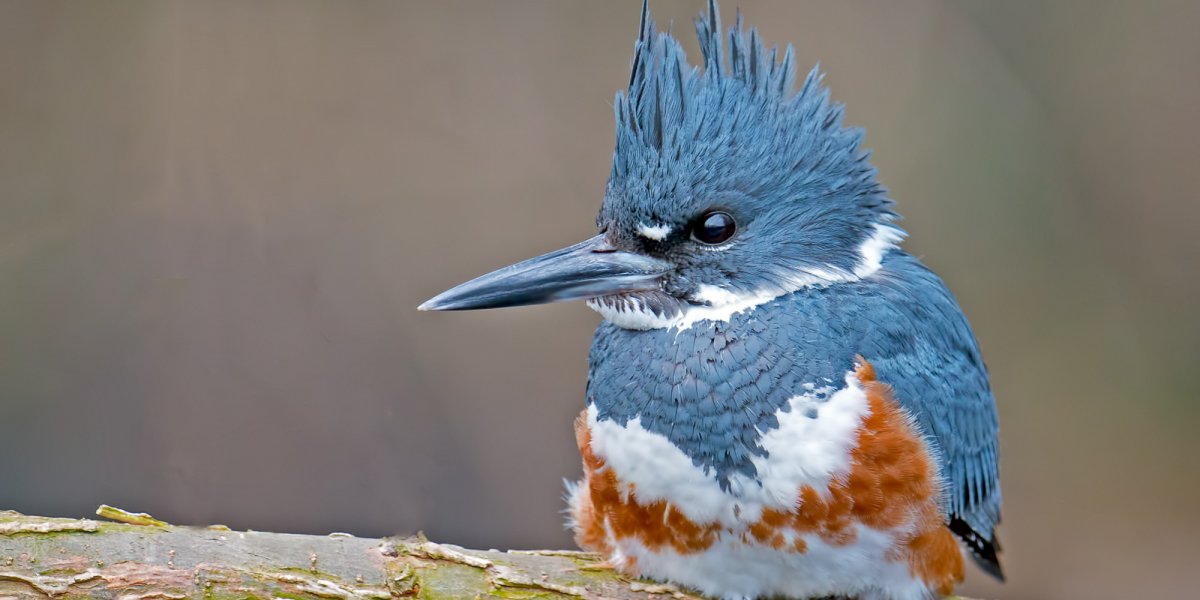 Also described by Carl Linnaeus is the belted kingfisher, which is the only kingfisher that’s commonly found in North America. They feature a relatively large, slate-blue head and a mohawk-style crest, with a heavy black bill and white underparts (interestingly, it is the females that are more brightly colored than the males). Belted kingfishers are known to stalk their prey from high up in trees or on posts and plunge headfirst into the water to catch fish, small crustaceans and amphibians. They prefer to nest along river banks in horizontal tunnels that gently slope upwards to assist in airflow in case of flooding. 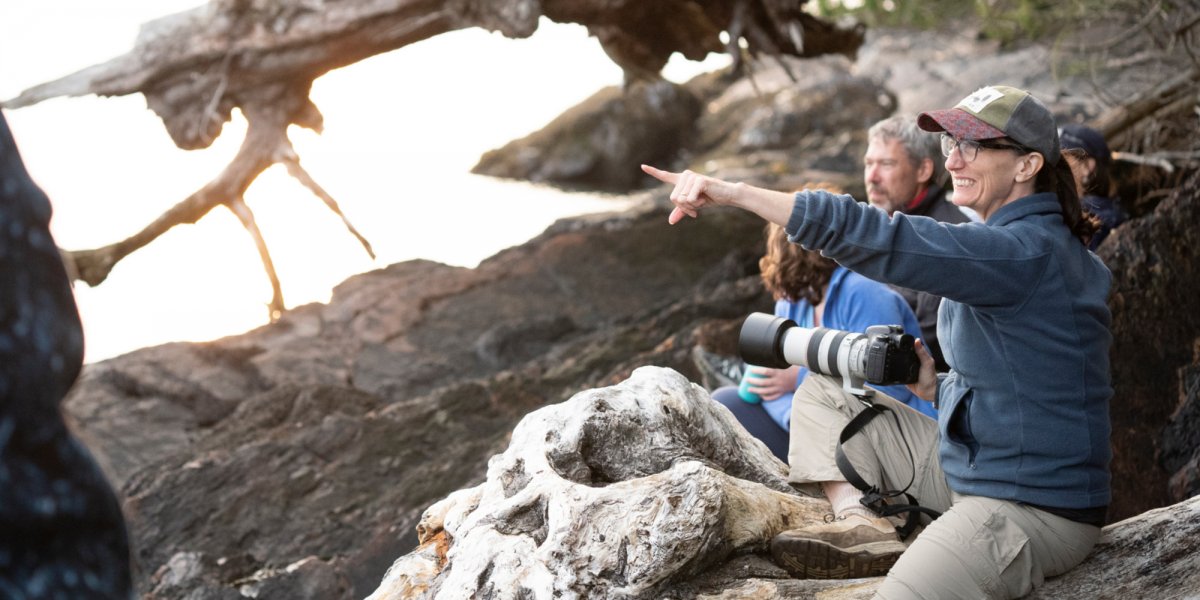 Named after the English ornithologist William Swainson, these olive-backed birds are found in coniferous forests with dense undergrowth throughout Canada, Alaska, and the northern United States. They’re known to migrate as far south as Argentina but prefer to stay away from areas of development or human activity, which makes seeing them in the wild extra special. Listen out for their flute-like vocalizations that spiral upwards, then keep your focus on the forest floor where Swainson’s thrush can be spotted foraging for fruits, berries, and insects. 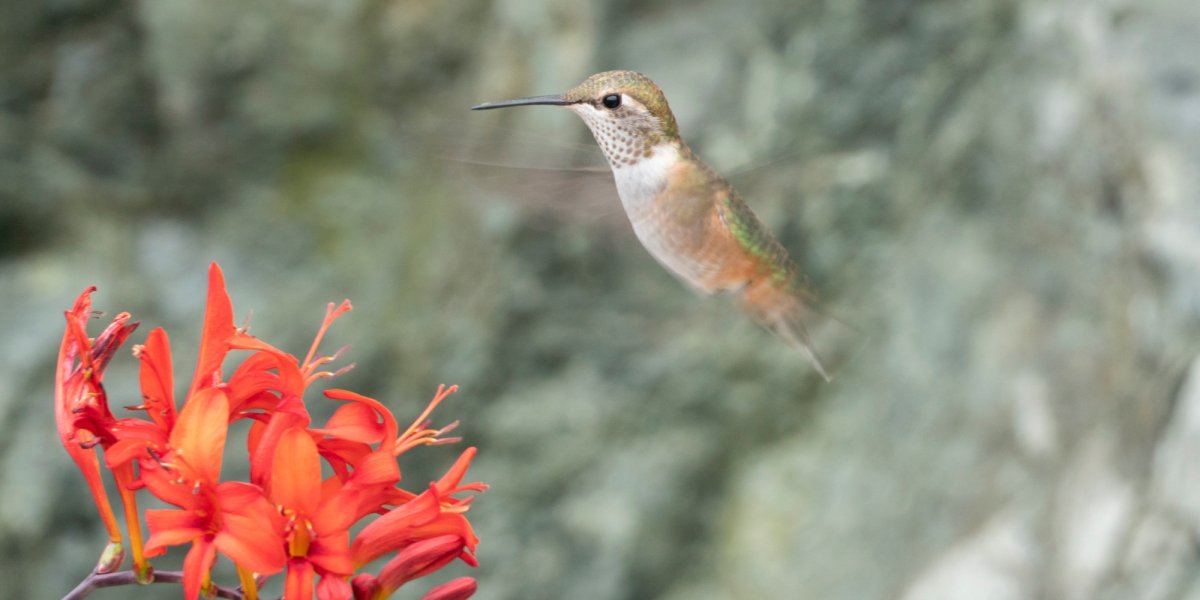 These tiny hummingbirds might be small but they’re known to migrate up to 2,000 miles to take advantage of regional wildflower seasons. They feature a red-brown face, white breast, and iridescent orange-red throat patch, with the females weighing in slightly more than the males. The rufous hummingbird feeds on flower nectar and insects using their long extendable tongue while hovering by rapidly flapping their wings. Unfortunately, the global decline in insect populations and early blooming of flowers due to climate change has seen them recently listed as near threatened on the IUCN Red List. 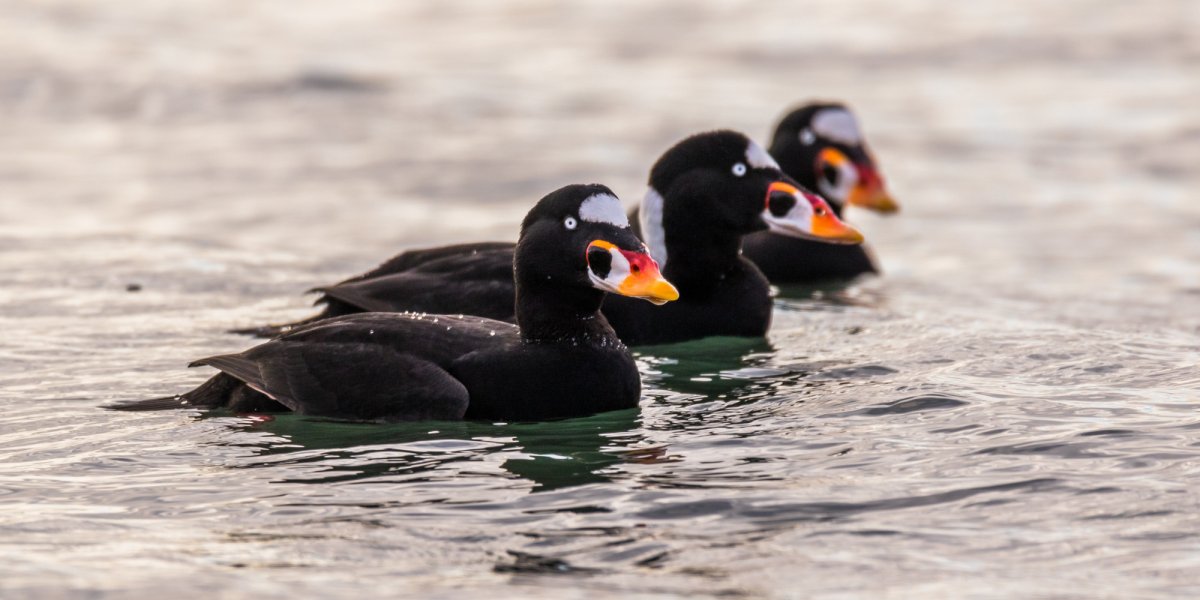 If you’re on a late-season sea kayaking trip, you may be treated to sightings of the surf scoter, a large sea duck that breeds in Northern Canada and Alaska before wintering along the Pacific coast. The males are quite distinctive with their black bodies and white forehead patches while the females are smaller and browner in color. They prefer to breed in boreal forests near freshwater lakes and nest in wetland areas while feeding mainly on benthic invertebrates that they forage for while diving. If you’re lucky enough to encounter a flock, you may witness their impressive synchronized diving skills. 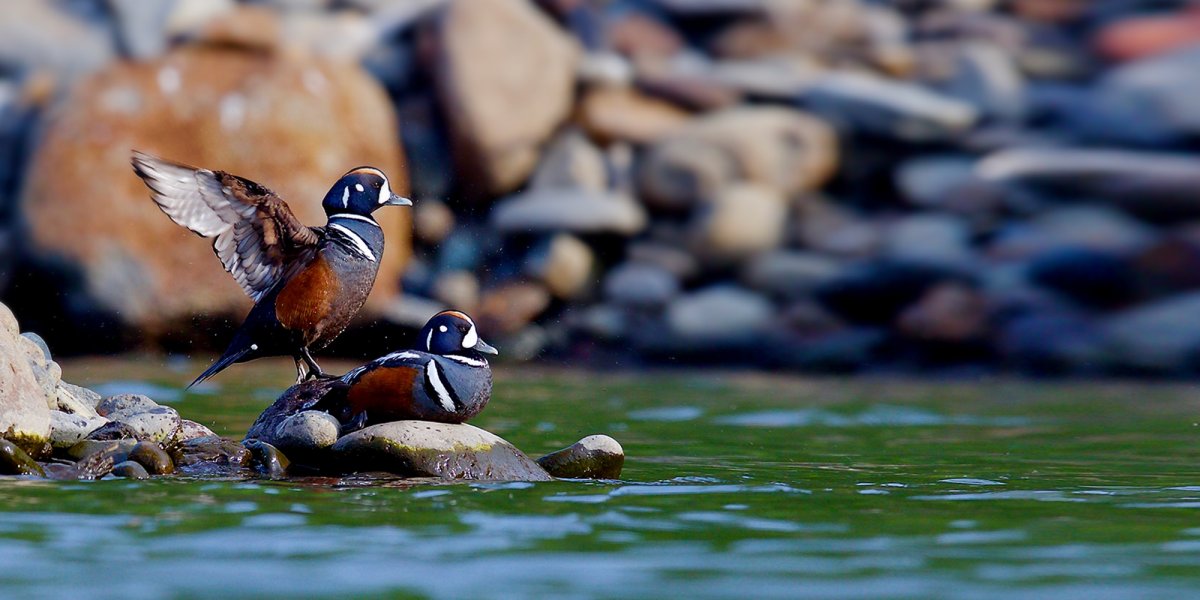 Named for the colorfully dressed character in Italian Commedia dell’arte, the harlequin duck is a striking sea duck that’s sometimes referred to as “lords and ladies”. The males feature a slate blue body, white facial crescent, and chestnut crown patch while the females are smaller and browner with a distinct white spot behind their eyes. They’re found near pounding surf and white water along North America’s northwest coast where they can be seen feeding by dabbling or diving beneath the water’s surface. Densely packed feathers keep them warm in the chilly waters while making them exceptionally buoyant and “popping” them back to the surface after dives.

If you're looking for an inspiring read to cozy up with this winter, or you're preparing for your upcoimng Baja tour, we have a wealth of recommendations specific to Baja.

What to Wear Sea Kayaking - Part 2

One of the greatest things about kayaking is the fact that it is a watersport that can be done in a wide variety of weather conditions.

What to Wear Sea Kayaking - Part 1

Kayaking is one of the outdoor activities that is growing massively in popularity these days. Especially as winter settles in here in North America, the idea of heading somewhere warm for a kayak trip in the sun, with clear blue water, bright sandy beaches and beautiful sunshine sounds amazing right now.