We at SKA have witnessed, played with and wondered at British Columbia’s whales for 25 years on our tours. You truly can’t find these whales anywhere else on earth… and here’s why.

British Columbia’s orcas aren’t your average wild orca, and you definitely won’t find them at SeaWorld. Even amongst their fellow killer whales, the orcas that flock to BC’s shores—and stay there—are indeed a breed of their own.

Way Up North, the Orcas Stay and Play
Up north, off the shores of mainland BC and the isolated wilds of northern Vancouver Island, you find the Northern Resident orca. In particular, Northern Residents enjoy the waters of Johnstone Strait, where they spend weeks enjoying the summer waters. They are a SKA favorite and a frequent sight on our Orca Basecamp and Blackfish Waters tours.

Though four different orca populations overlap in BC (Northern & Southern Resident, Offshore and Bigg’s/Transient orcas), each population communicates in unique vocalizations and they don’t mate outside their populations. This keeps each population’s traditions, cultures and acoustics within the family.

Follow Your Mother
You won’t see Northern Resident orcas migrating south to warmer waters or venturing far offshore. In fact, they don’t even leave the nest after they mature. Northern Resident killer whales stay with their mothers their entire lives, rarely venturing more than a short distance away. Even if the mother dies, the remaining family members stick together in solidarity. The role of the mother is so strong for Northern Resident orcas that pods are named after their eldest female and the families are known as “matrilines,” which roughly translates to “follow your mother.”

Chinook-aholics
Northern Resident killer whales, like their southern counterparts, have unique diets compared to other orcas. Both regional resident orca groups forfeit eating marine mammals and other large cetaceans in favor of munching solely on fish—salmon in particular. In fact, both Southern and Northern Resident orcas have a selective palate and prefer Chinook salmon (the best and fattiest salmon) over other species, going so far as to hunt for Chinook salmon specifically.

Beach Rubbing Isn’t For Everyone
You might best recognize Northern Resident orcas for their tendency to scratch an itch. These orcas  routinely stop by the “rubbing beaches” such as the best-known one in Robson Bight Ecological Reserve in Johnstone Strait, where they swim into the shallow waters and skid their bodies against the stones found on the pebbled slopes found here. This “rubbing” behavior is unique to the Northern Resident orca. Not a rare behavior within the families, it is nevertheless incredibly rare that people have the opportunity to see it. Of course, with SKA camps within Robson Bight, you could be one of the lucky ones!

Beach rubbing is no easy feat. In order to swim low enough to massage themselves against the rocks, Northern Resident orcas deflate their lungs. In doing so, they reduce their natural buoyancy in a release of bubbles. They can rub their entire bodies against the pebbles for a couple of minutes or enjoy the pebbled massage for hours.

Witness Something Special
Experiencing whales without walls in the wild is special in and of itself. Experiencing wild Northern Resident orcas, whales you can find nowhere else in all the world’s blue seas, is spectacular. With SKA, you can not only witness Northern Resident killer whales, you can witness them up close and personal—from the seat of your kayak or meters away from one of the world’s most famous rubbing beaches. No binoculars required.

With breathtakingly beautiful desert landscapes and sparkling waters teeming with marine life, Baja California Sur is one of our most popular destinations. 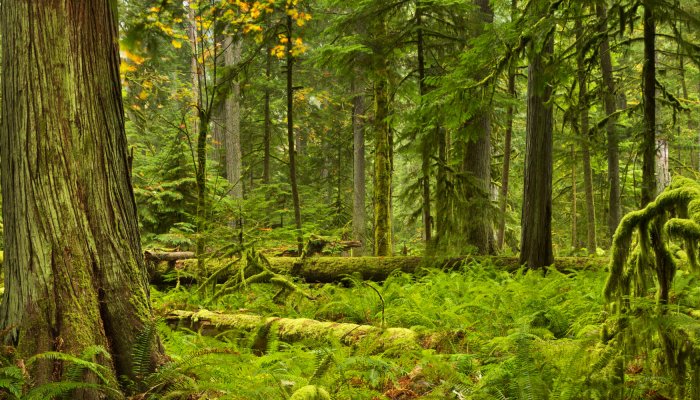 How to get to Port McNeill, British Columbia 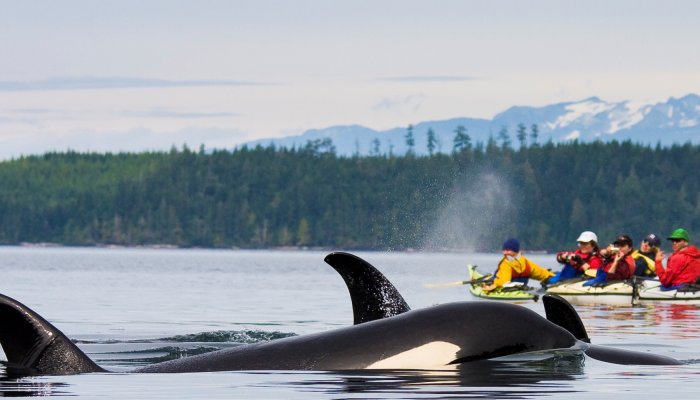 The scientific name for orca whales, Orcinus orca, literally translates to “Demon of the Deep.” In English, they are most commonly known as killer whales. Both names suggest that they are dangerous animals, to be feared, and kept at a safe distance.