Sea urchins are spiny echinoderms that live on the seabed of almost every global ocean, inhabiting everywhere from the intertidal seashore down to around 16,000 feet (5,000 meters) in depth. Generally speaking, they try to hide from light in crevices, kelp forests, or under objects. They prefer rocky, protected areas of the ocean and have long thrived in the coastal waters of British Columbia.

Spherical in shape and with bristling spines, sea urchins can grow anywhere from 1 to 4 inches (3 to 10 centimeters) in diameter, with algae (including kelp) their main food source. They move relatively slowly using their tube feet but can also propel themselves along the seafloor using their spines. In addition to being a food source for humans, they are also feasted on by sea otters, starfish, and eels.

Sea urchins have two series of spines (long and short) that radiate from their hard shell, which encloses the animal’s internal organs. The mouth lies in the center of the oral surface and is surrounded by soft “lips” and five calcium carbonate teeth with a tongue-like structure within. Most sea urchin species have five pairs of external gills attached to the peristomial membrane around their mouths and these are their main means of respiration. 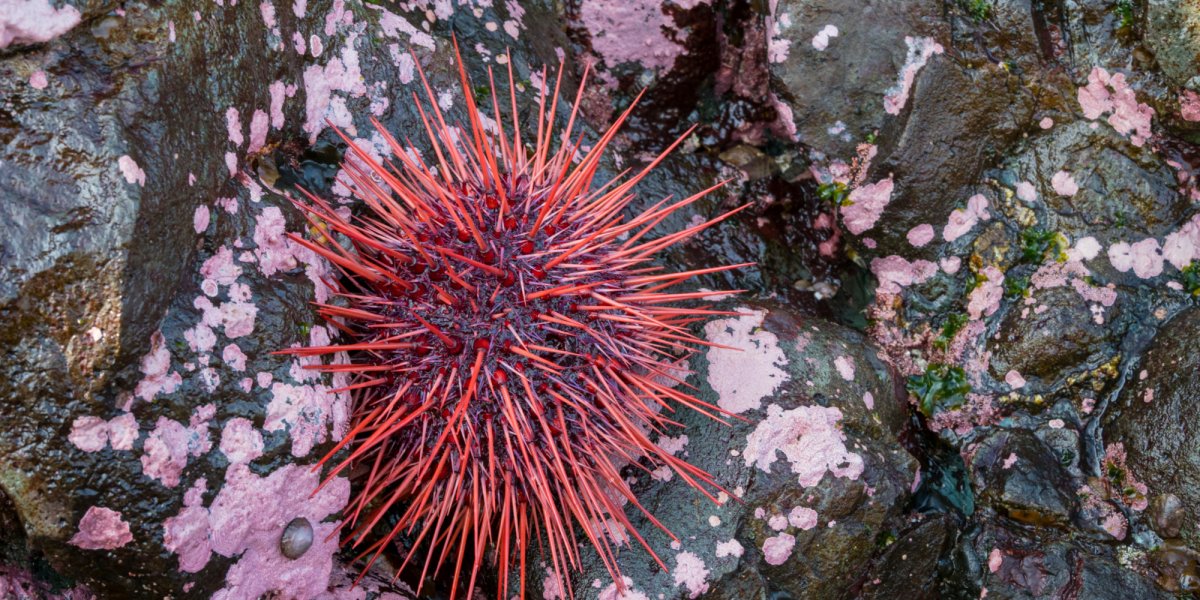 A red sea urchin found in the intertidal zone in the Johnstone Strait, British Columbia.

Sea urchins have long been harvested by North America’s First Nations people, including the Coast Salish and Mi’kmaq. While they were most commonly eaten raw soon after being harvested, they were also roasted and boiled on occasion. Due to their accessibility throughout the year, there was no need to cure or store them for later.

In British Columbia, three types of sea urchins are harvested for human consumption - red, green, and purple - with red being the biggest and most sought after. They are best found along rocky coastlines in kelp beds that are exposed to currents and can be harvested by hand at low tide by just wading in. Alternatively, you can don a mask and snorkel to harvest sea urchins at deeper levels.

The most sought-after part of a sea urchin is the sex organ that produces roe, which appears like five “tongues” within the animal’s spiny body. Known as uni, they are usually orange or yellow in color and with the consistency of firm custard. Most uni is consumed as sushi and must be very fresh, otherwise, it can have a metallic taste to it.

If you are thinking of harvesting sea urchins, it’s important to be aware that there are restrictions in place, with maximum catch limits imposed and licenses required. Also, be sure to wear gloves to protect your hands against their spiny exterior. Once harvested, simply crack the shell open and scoop out the uni. Rinse it in a bit of cold salt water and eat it right away or serve as nigiri on sushi rice. 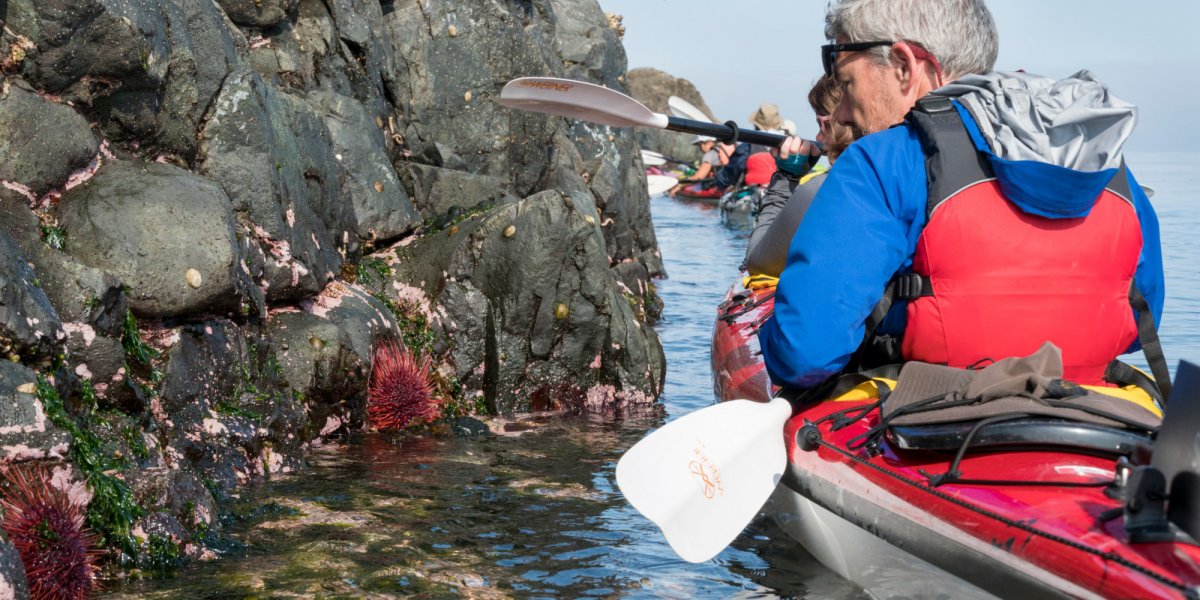 In controlled numbers, sea urchins are part of a healthy marine ecosystem, but they can be devastating when their numbers soar. The warmer than usual waters of the Pacific Ocean in recent years have seen an explosion of purple sea urchins that have decimated kelp forests in Northern California and Oregon.

Coupled with a mysterious disease that has wiped out millions of starfish (one of the main predators of sea urchins), the urchins have munched their way through huge kelp forests, which are less resilient than they once were due to the warming waters. As the number of purple sea urchins has increased, the commercial harvesting of red sea urchins has been impacted, with these larger, meatier urchins favored.

Prior to the re-introduction of sea otters to the coast of British Columbia in the 1960s and 1970s, sea urchin populations were thriving and kelp forests were being decimated. In most areas, the arrival of sea otters has been hailed as a success, reducing sea urchin numbers and allowing kelp forests to recover. 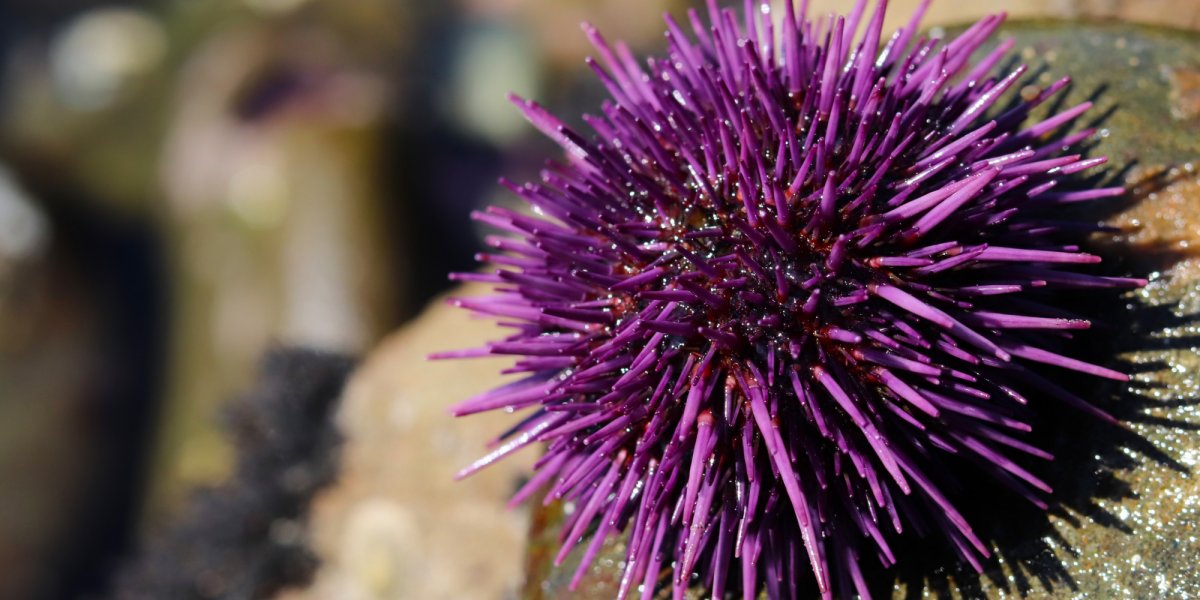 Purple sea urchin, Strongylocentrotus purpuratus, are found in rocky intertidal zones along the eastern edge of the Pacific Ocean from Mexico to Canada. 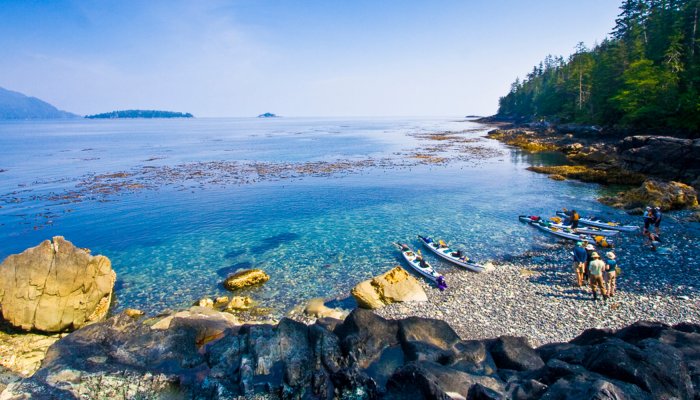