Common Marine Mammal Encounters on Our BC Kayak Tours

Kayaking with orcas and humpback whales often takes center stage on our sea kayak tours off of Vancouver Island in British Columbia, Canada. However, this picturesque wilderness also hosts a wide variety of other interesting marine mammals to delight kayak guests. Here are some of the common marine mammals we see on kayak tour in British Columbia: 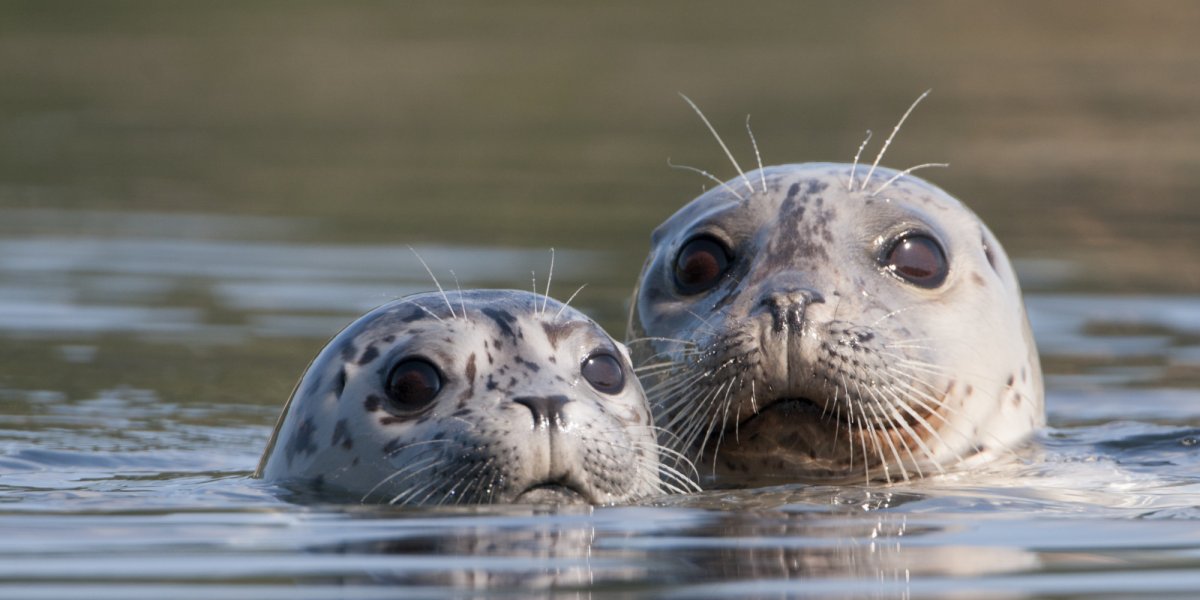 These social, curious pinnipeds are frequently seen on our kayak tours, and will even occasionally approach our sea kayaks for a closer look. These seals typically lounge on outcrops or shoreline in groups but are excellent swimmers and fishers. They are common both in Johnstone Strait and God’s Pocket. 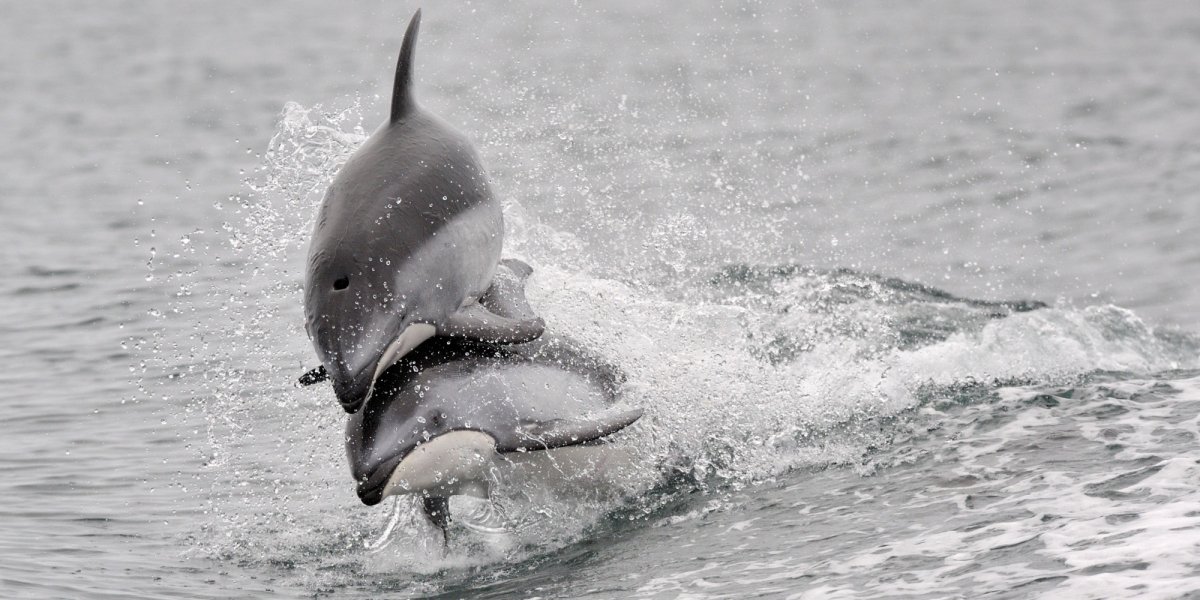 These chipper cetaceans roam Vancouver Island’s Inside Passage in pods searching for summer fish. They are very active and prone to great displays of acrobatics. Curious about ships, these dolphins enjoy bowriding and make entertaining escorts on whale watching tours. We see them frequently on our kayak tours both at God’s Pocket Resort and in Johnstone Strait. 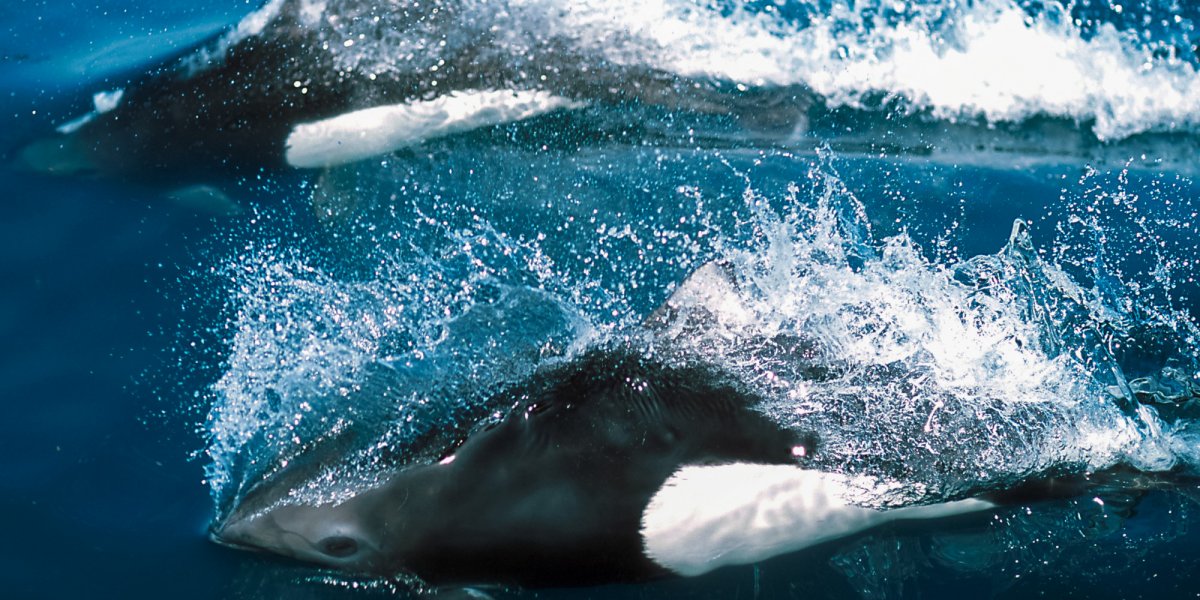 Every now and then, reports of entire pods full of “baby orcas” turn up in Telegraph Cove.  It’s easy to see why visitors might mistake a young killer whale for this small cetacean. Dall’s porpoises have black bodies with white sides and bellies – not dissimilar from the markings of their larger cousins. Despite a rather stocky appears, these porpoises are very fast swimmers and rather playful, even interacting with dolphins and boats. 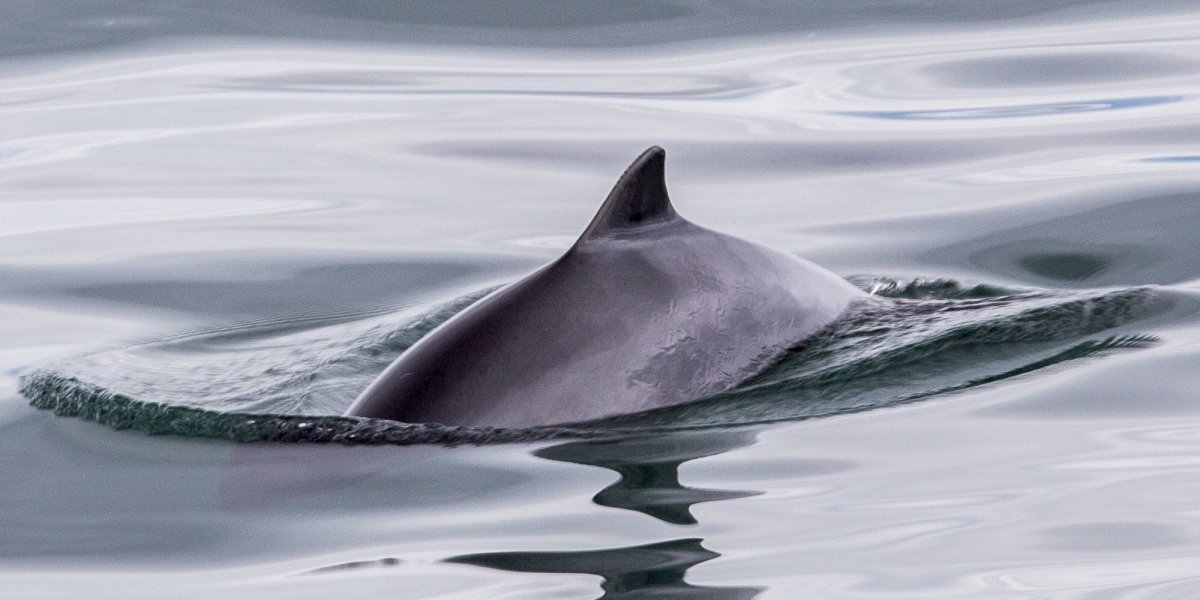 This shy, gray porpoise is one of the smallest marine mammals. They travel in small groups, foraging for crustaceans, squid and fish, but rarely take part in aerial displays or acrobatics. They are sometimes called “puffers” because the sound of their breathing resembles that of a snorting pig. 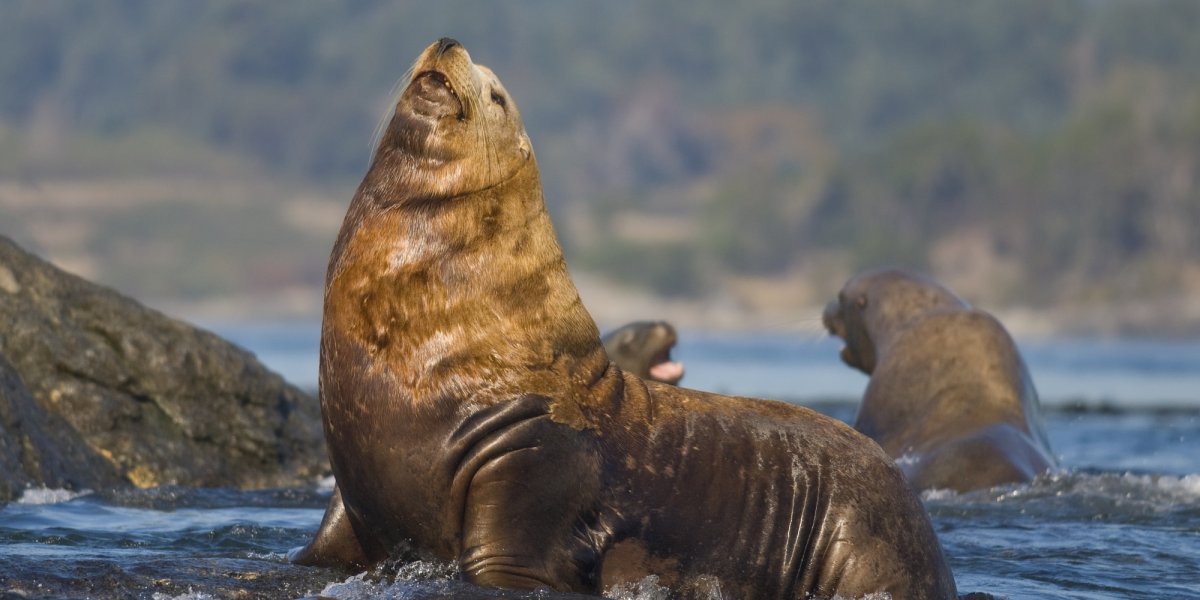 This species of sea lion ranges down the Pacific coast from the Bering Sea, but in recent years the declining population was added to the Endangered Species list. Stellers are the largest sea lion species, with males weighing over a ton – three times larger than the females! We often kayak past sunbathing sea lions on our BC tours.