Things to Do in Port McNeill, British Columbia

Sitting near the top of northern Vancouver Island, British Columbia is the unassuming town of Port McNeill. This is the starting point of our Orca and Humpback Sea Kayaking Tours. During these tours, you spend 4-to-6 days kayaking in the infamous Johnstone Strait in search of majestic whales, dolphins, porpoises, seals and sea lions. If you’re lucky, you might have me as your guide!

But the whales shouldn’t be your only draw for coming to this part British Columbia. Port McNeill is called the “Gateway to the Broughton Archipelago”, a beautiful collection of undeveloped islands, and BC's largest marine park. Port McNeill is also a gateway to a diverse set of cultures. 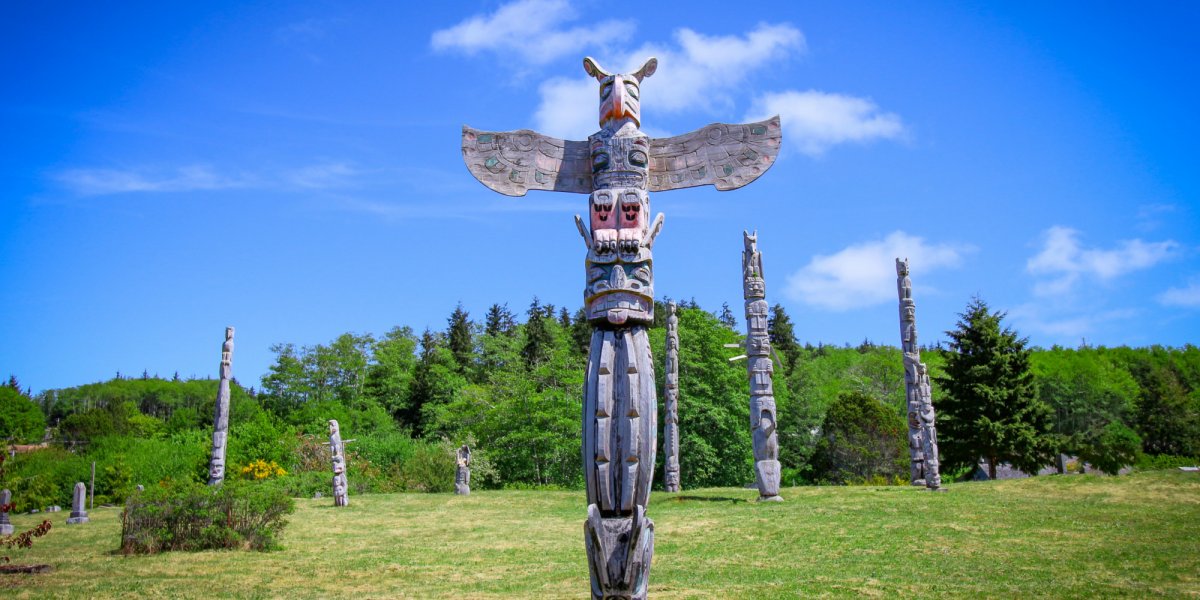 If you’re spending any time in Port McNeill, I recommend taking a short ferry ride to Cormorant Island to visit the village of Alert Bay, a truly authentic first nations community steeped in the culture of the Namgis tribe. Here you can find the world’s tallest totem pole perched in front of the tribe’s Big House: an iconic and spiritual house decorated in aboriginal art where only the most important of ceremonies are held. While in Alert Bay, their burial grounds are also worth checking out as several totem poles have been erected to celebrate the heroes of the Namgis people.

However, the must-see while visiting Alert Bay is undoubtedly the U’mista Cultural Centre. U’mista, roughly meaning “The Return” refers to the hundreds of first nations artwork, regalia, masks and costumes that were returned to the Namgis people after decades of being confiscated by the Canadian government. The artwork and costumes found in the U’mista Cultural Centre is a sight to behold. During my visit, I was in awe of the intricacy and creativity on display. I think you’d be as well. You’ll also learn about the potlatch, the biggest and most important ceremony held by first nations communities across British Columbia. Should you want to venture into the darker side of history, you can also choose to learn about residential schools and the hardships faced by local aboriginal children. 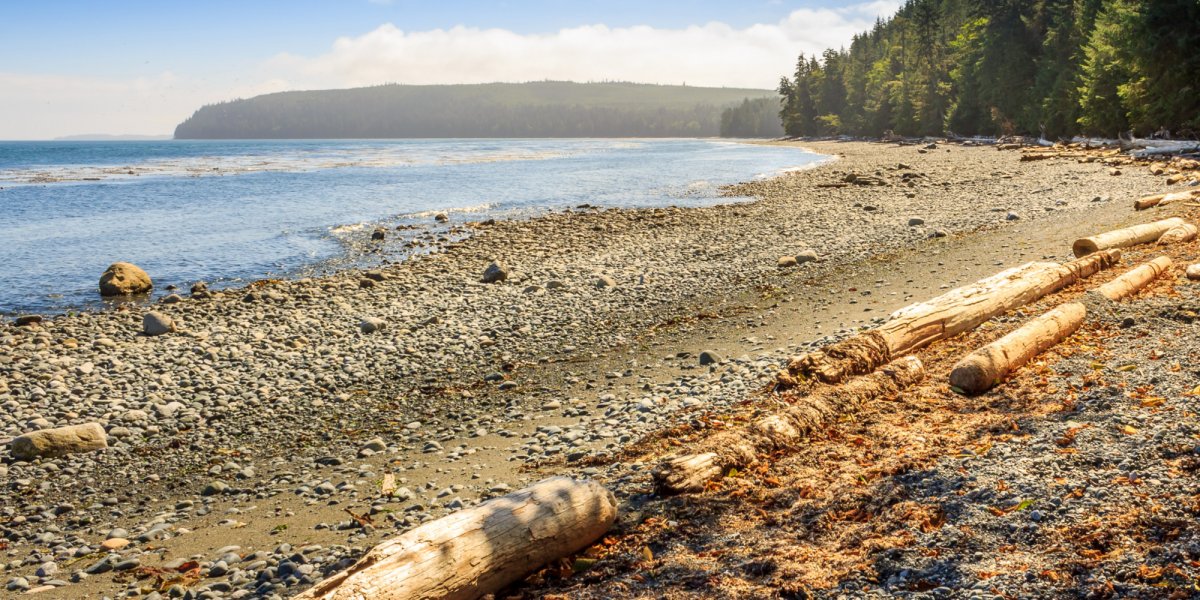 On the return ferry from Alert Bay, I recommend staying on board and connecting to Malcolm Island, home of the Finnish settlement, Sointula, which means “Place of Harmony”. Sointula was established in 1901 and its Finnish settlers planned it as a socialist utopia.  Upon arriving, you’ll notice the difference in culture and architecture from Alert Bay almost immediately. Where Alert Bay looks and feels like an authentic first nations village, Sointula exudes of its Scandinavian roots. The colourful waterfront homes built on stilts are indeed reminiscent of the homes found in many parts of Scandinavia, including Iceland where I spent a month backpacking. It’s a beautiful town and worth checking out. You can also rent a bike for free in Sointula and explore the rest of Malcolm Island on two wheels. 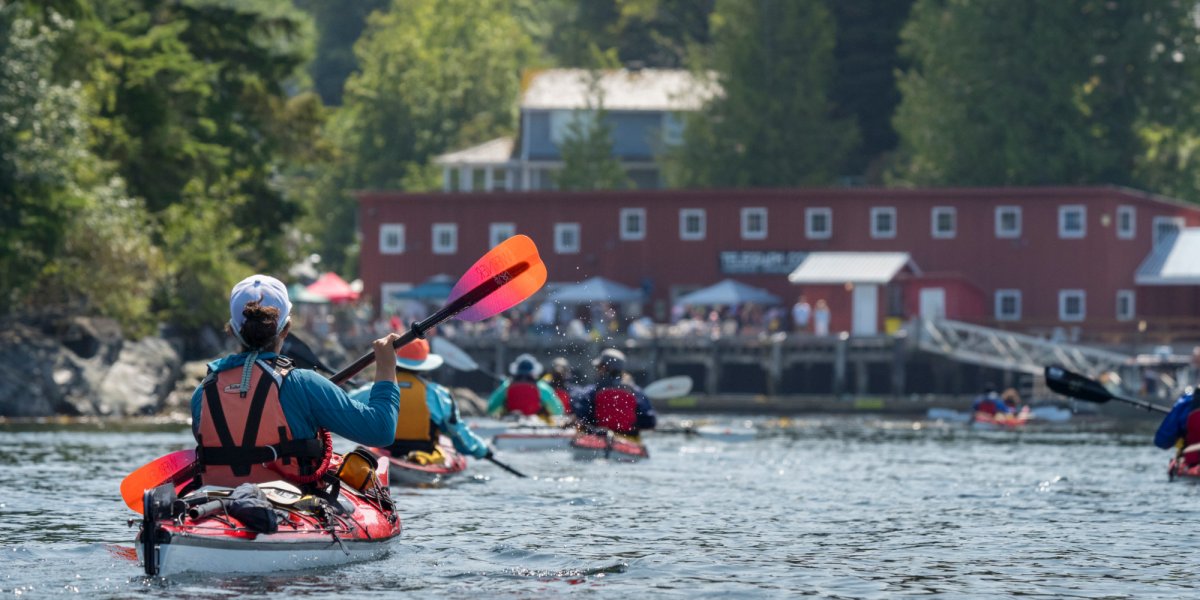 Back on Vancouver Island and only a 30 minute drive from Port McNeill is Telegraph Cove, the launch point of our British Columbia tours. In the 1920’s, Telegraph Cove’s founder, Alfred Marmaduke Wastell introduced a small lumber mill and salmon saltery with the help of Japanese laborers and investors. Today, many of the homes in Telegraph Cove pay homage to that Japanese heritage with many of the houses there named after their Japanese owners. 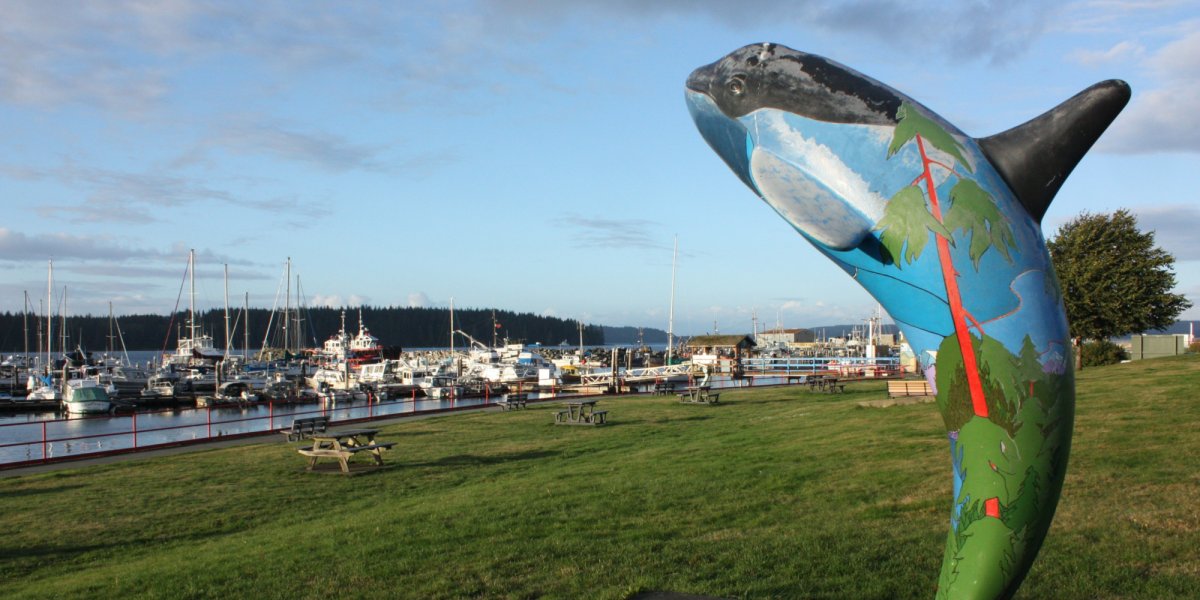 A statue of a killer whale overlooks the Marina in Port McNeill, British Columbia

Finally, there’s Port McNeill itself. The town was named after Captain William Henry McNeill of the Hudson Bay Company, and was originally a base camp for loggers. Today it remains a community for loggers and tree farmers. The town houses several local shops, cafes and restaurants. My favorite places to dine include the Northern Lights restaurant, where you can get local favorites like salmon, halibut, and oysters. Or, if you're into raw rish, Harbour Sushi offers great Japanese cuisine made fresh with sustainably caught seafood.

Hiking and biking more your style? You're in luck, as the town has a plethora of hidden trails to explore (where you might even run into one of the black bears that frequent the town; but don't worry too much, they're not much of a threat as they are more afraid of us than we should be of them. Respect their space and they will respect yours!).

If you’re a fan of world records, you might as well stop by Port McNeill’s claim to the fame: the world’s largest tree burl!

So no matter what you enjoy, Port McNeill has a lot to offer. And let's not forget all of the orcas, humpbacks, dolphins, and other wildlife there are to see! I hope you'll join us in the beautiful place sometime soon! 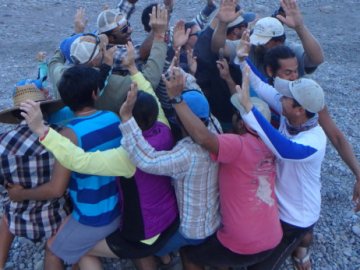