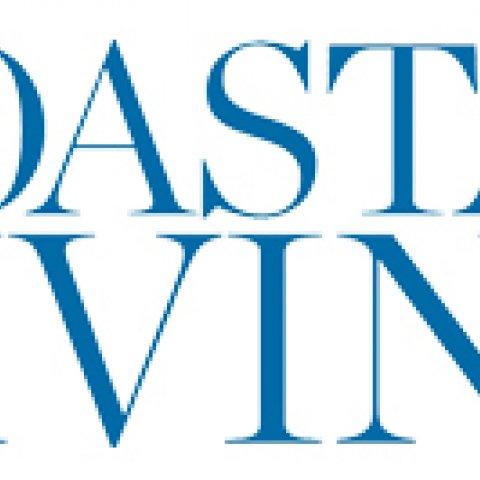 "Now officially luxury castaways, we sleep in white tents pitched by our guides along the shore and spend two more days paddling in the protected waters surrounding the islands. Dolphins announce themselves in a watery shimmer, and then playfully swim away. A pilot whale breaks the surface, and we spot a pod of dolphins nearby it like a marine entourage. They're glimpses of the swirling world below the surface." 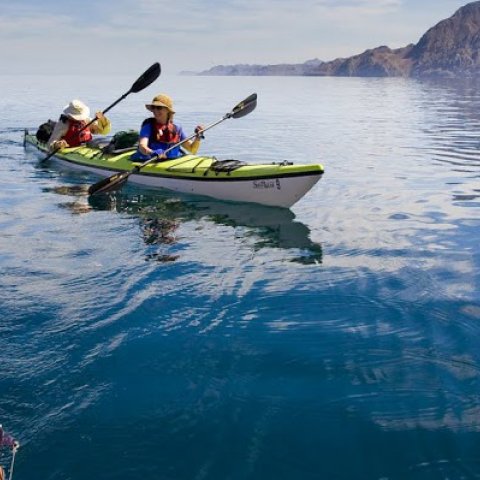 They are scenes from our daydreams: paddling across an indigo lagoon surrounded by porpoises; coming eye to eye with a breaching whale; drifting to sleep on a beach under a dazzle of stars, well fed and soothed by top-shelf tequila... 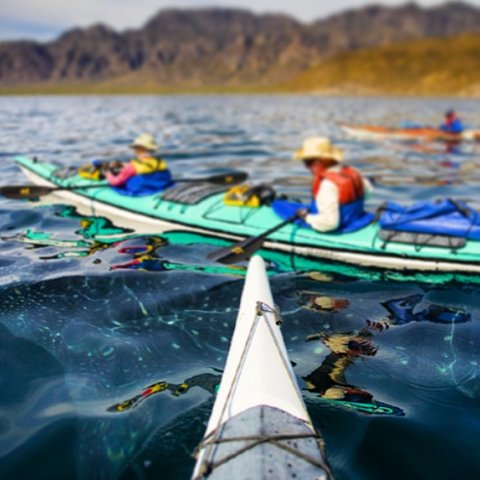 "Whale sharks, the biggest fish species on the planet, head into the bay of La Paz on Mexico's Baja Peninsula every October through February. You can book a trip to go snorkeling with scientists who are collecting data on the big guys and witness the sharks and their habitat firsthand." 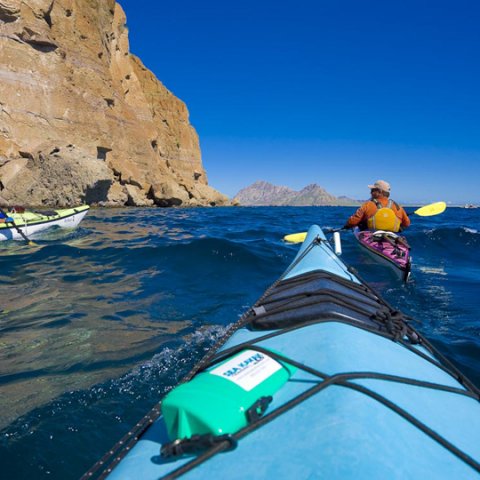 Kayaking on the Sea of Cortez in Mexico is Near Heaven

"For a landlocked Albertan, a day on the water followed by a seafood feast grilled over a fire on the beach is about as close to heaven as you can get. And the entire Mexican peninsula offers opportunities for anyone adventurous enough to seek them." 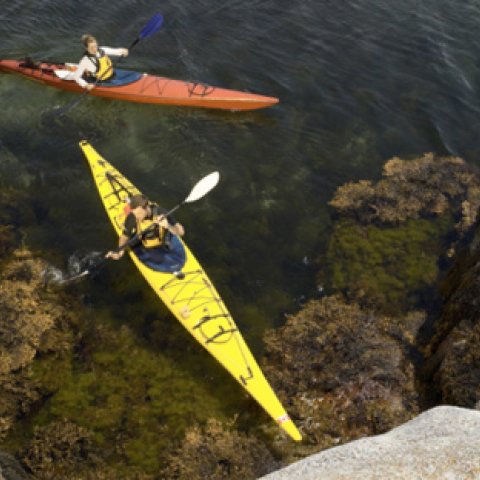 "Like a blank canvass, blue cloudless skies floated in front of the kayak. Off in the distance, a white sandy beach came into view. Nope, not the legendary Coronado Island. With the bow pointed toward Carmen Island, I chased away the hunger pangs with a handful of trail mix. Soon our fleet of 12 kayaks descended at the lunchtime paradise. Freshly prepared Ceviche atop crispy tostadas satisfied my clock-like appetite. Soft adventure travel like this boosts the fun factor with a tab bit of challenge." 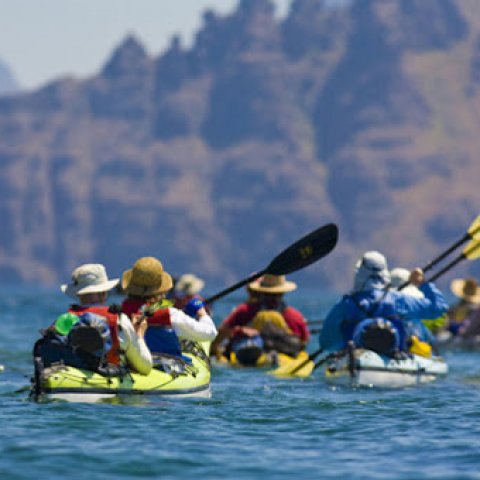 Like a blank canvass, blue cloudless skies floated in front of the kayak. Off in the distance, a white sandy beach came into view. Nope, not the legendary Coronado Island. With the bow pointed toward Carmen Island, I chased away the hunger pangs with a handful of trail mix. Soon our fleet of 12 kayaks descended at the lunchtime paradise. Freshly prepared Ceviche atop crispy tostadas satisfied my clock-like appetite. Soft adventure travel like this boosts the fun factor with a tab bit of challenge. 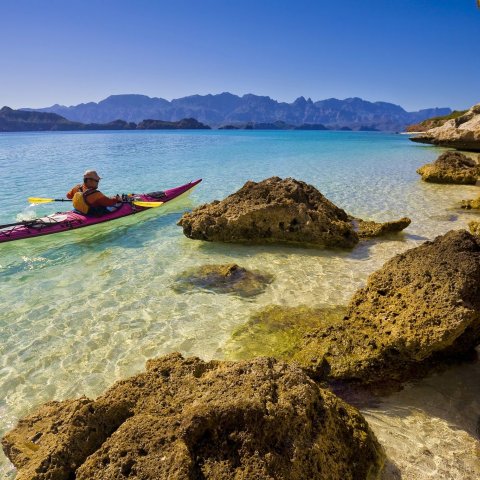 Sea kayaking in the Sea of Cortez

"The blow-your-mind sea to mountainous desert views; the whopping array of wildlife; that oh-so-close to nature feel; the health benefits of propelling yourself across ocean waters beneath soaring sea cliffs; access to white-sand coves; the possibility of sighting blue whales. I could go on...so I will.

I travelled with Sea Kayak Adventures who took me and eleven others paddling through Loreto Bay National Bay Marine Park for four days..." 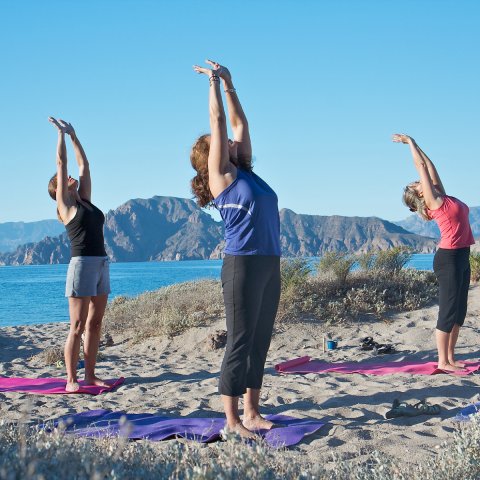 Rolling Out the Yoga Mat

"'We are continuing to see strong interest in the yoga component, even through the bad economy,' said Nancy Mertz, co-owner of Sea Kayak Adventures in Loreto on the Baja Peninsula. Sea Kayak has a $1,095 Yoga, Whales and Kayaks tour, in which each day begins with yoga on the beach, followed by whale-watching and kayaking outings with naturalist guides. The outfit, which started with one yoga and kayak trip with 13 guests in 2006, is now up to three trips a year, one of which is already sold out for 2010." 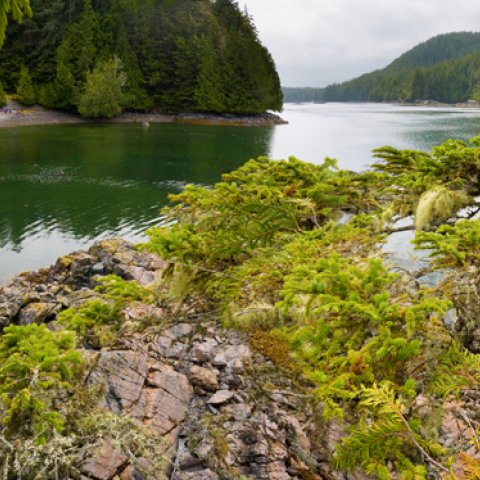 A Pocket Full of Adventure, by Dennis Arp 2009

And on the fifth day in God’s Pocket, we rested. But just long enough to add a big hairy legend to our already rich Canadian adventure.

Our intrepid group of 10 was hiking in the misty rainforest of Hurst Island, in British Columbia’s God’s Pocket Provincial Marine Park, which in less than a week had come to feel like the perfect home base for outdoor exploration. On previous days, we had kayaked with porpoises, otters and whales, combed shorelines rich with native history and watched bald eagles tumble through the sky in their mating embrace.

Now, sitting cross-legged in eerie sunlight filtered by the dense canopy of fir and pine tree branches, the plot thickened.

Serina, one of our two guides from Sea Kayak Adventures, the outdoor company that had organized our six-day trip, shared stories of how for years sailors plying these waters had shunned the east side of Hurst Island for fear of encountering “a wild, hairy man.”

Later, a little research revealed this excerpt from “Cruising Beyond Desolation Sound,” John Chappell’s book on sailing the Northwest:  “Strong evidence points to the existence of a Sasquatch family on the island. … Indian residents of nearby Balaklava Island have had similar experiences and now refuse to go to (Meeson Cove or Harlequin Bay).”

So of course we had to go looking for evidence. 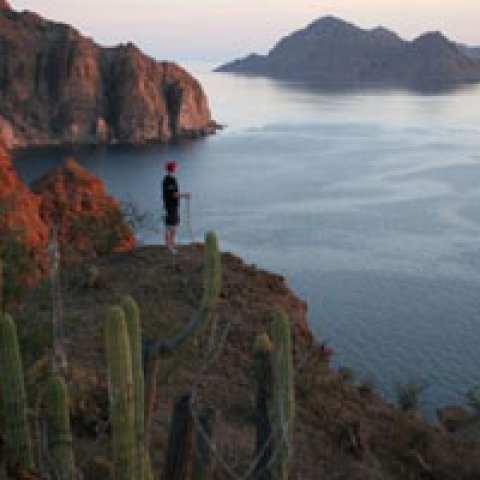 Rudderless Bliss in Baja: A Novice Kayak Tourer Revels in the Rhythms of Life on the Sea of Cortez

"We will paddle double kayaks into Loreto Bay National Marine Park, and visit Isla Danzante and Isla Carmen, both uninhabited wildlife sanctuaries declared as UNESCO World Heritage Sites. We will be off the grid—no email, cell phones, hot showers or flush toilets. Instead, we’ll reset our priorities to paddling, snorkeling, hiking, swimming, and, at the end of each day, reward our burdensome diligence with happy hour.... ... We look out over the sea. Three pelicans fly overhead. The distant echo of dolphins and whales leave an imprint on my heart. Slowly, we make our way back to the laughter of the group—another day in this unforgettable Baja paradise."